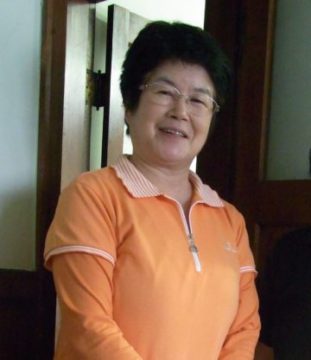 The Earthquake, Triple Meltdowns, and Evacuation

Catholic Haramachi Church in Minamisoma City is located 24.5 km away from the Fukushima Daiichi Nuclear Power Plant of Tokyo Electric Power Company, and the sea is 5.5 km away.

On Friday, March 11, 2011 at 2:46 p.m., a powerful earthquake measuring 9.0 on the Richter scale struck the Pacific coast and the inland areas of East Japan. The seismic center was in the Sanriku offing. There was a hydrogen explosion in No. 1 reactor of the Fukushima Daiichi Nuclear Power Plant on March 12. The evacuation orders were issued to the inhabitants, first within a 10 km radius of the power plant, and then the 20 and 30 km. On March 14, No. 3 reactor exploded. I heard a loud bang coming from the south. It was the sound of an explosion of No. 3 reactor. On March 15, there was another explosion in No. 2 reactor, followed by a fire in the 4th reactor building. A disaster warning was sent immediately by community wireless. Inhabitants within 30 km were requested to stay indoors. At that time, I had been teaching at an elementary school located approximately 20km from the power plant. We wore long sleeves, masks, and hats. Windows were closed tight. The mayor of Minamisoma City called for evacuation and got buses ready. But, my family could not figure out where and how to evacuate, and stayed at home. After a while, I found out that sooner or later all the parishioners living within 30 km-warning zone had evacuated. It was impossible to go and see the church under the confinement orders. One day, I dropped in at the church on my way home to see how the church was like. “OK, it’s still there. We’ll think of what to do later when total chaos settles a little.” After discussing important matters with the committee members, each one of us evacuated.

Damage and Repairs of the Church

The damage to Haramachi Church was mainly due to the earthquake. It is an old church which we love most. It had undergone many small repairs on its walls, floor, and roof. We had just celebrated its 60th anniversary. Every time there was an aftershock, the cracks in the walls of every room got worse. The construction company covered the damage on the roof with blue plastic tarps. Since our parish had not had a resident rector, a priest used to come to say Mass every Sunday from Kita-Sendai Church. However, because both the Joban Railroad and Route 6 were blocked by the debris, he could not come anymore. I did not know how or to whom I should talk to about the situation hereafter. I cleared the debris in the rooms, and asked one of the parishioners to pray with me on Saturday. Two of us prayed together in the chapel with cracked walls.